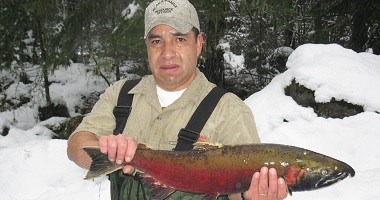 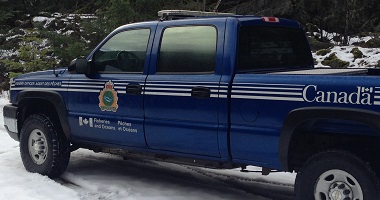 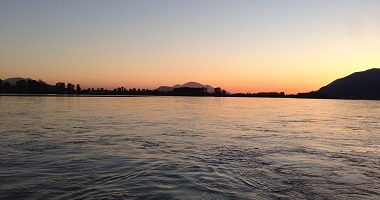 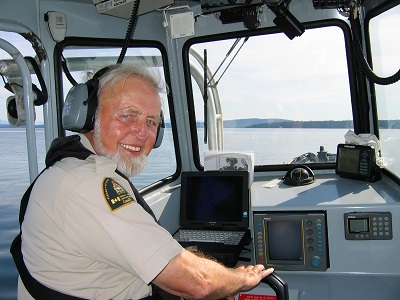 It is with great sadness that we announce the passing of our beloved father, Hubert Poschmann. We lost him quickly, but gently, after a brief illness, on the morning of December 16, 2008.

He is survived by his wife of 44 years, Lynne, his daughter Johanne (Sean) Stovell, and his daughter Stephanie (Wayne) Melvin. He was the much loved "Poopa" of Miles and Dannon Stovell, and a nice Opa to Jesika Melvin. He will be dearly missed by his two sisters, Irmgard Lischewski , and Ursula Reder, his mother-inlaw, Edna Bennett, brother-in-law Jack (Barb) Bennett, and sister-in-law Judie (Sheldon) Ahola. He was a favourite Uncle Hubert to many nieces and nephews.

Dad was proud to be both a Fisheries Officer for DFO, and a Commercial Fisherman with his west coast trollers (Valdeze & Sea Trek II).

He greatly enjoyed time at the Victoria Curling Club, and then later at the Nanaimo Lawn Bowling Club.

Dad was known for his kindness, his gentlemanly manner, his patience, his extreme loyalty, and his love of story-telling. Because of these attributes, he had a great many friends and extended family who are also heart-broken by his passing. Please know that he loved you all, and was concerned for your welfare and happiness. Dad's motto was "What we have, we share", and there could be no greater blessing in this world than to have had him for a father. He truly was an exceptional man.

Lynne Poschmann (nee Bennett) passed away on the afternoon of January 31st, 2009 with her daughters at her side. Her very dear husband of 44 years, Hubert Poschmann, recently predeceased her on December 16th, 2008.

Lynne's memory lives on in her daughters Johanne (Sean) Stovell, and Stephanie (Wayne) Melvin, her grandchildren Miles and Dannon Stovell, and Jesika Melvin, her siblings Judie (Sheldon) Ahola, and Jack (Barb) Bennett, and her mother Edna Bennett. She also leaves behind her sisters-in-law Ursula Reder and Irmgard Lischewski, many treasured nieces, nephews, and cousins, and loyal friends.

Many people remember Lynne as a kind person who appreciated people as individuals, and who loved to laugh. Lynne was in the first class to attend the University of Victoria in its current location, when it was mainly muddy fields and old army huts. She completed her teacher's training at UVic, and headed out to Bamfield, BC to start her greatest adventure in life.

If you knew Lynne well for any length of time, you learned many lessons about patience, kindness, and forgiveness. Perhaps that was her purpose in life, and her gift to us all.